Now for the more of the Bed Turning my fellow quilters! 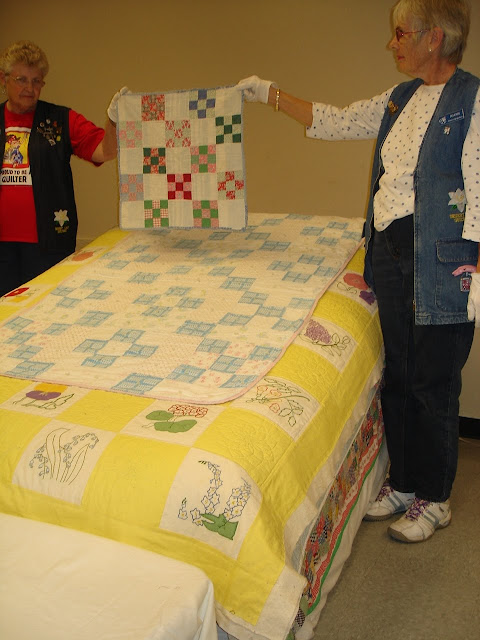 This quilt is owned by Sandie Allen. She has had this doll quilt since she was a small child, and played with it a lot. It wasn't until she was older that she learned it was made by her great grandmother. The quilt is over 50 years old. It is hand quilted and appears to be lined with a stripe fabric. 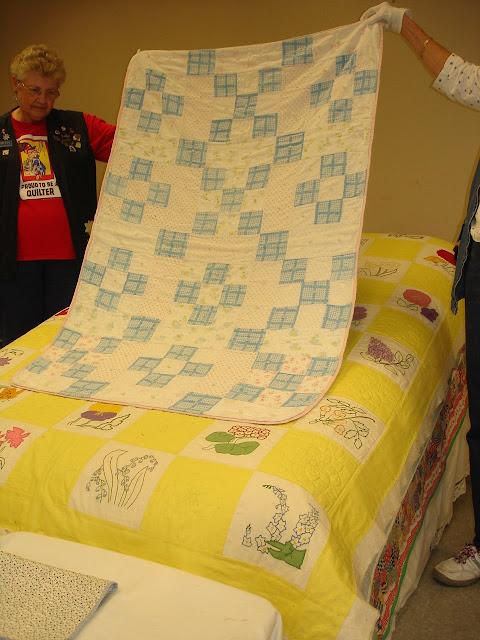 This baby quilt was made on a treadle sewing machine by Sandie's husband's grandmother when she was about 80 years old. It is a practical, hand tied, flannel quilt made with scraps.
Sandie wat beside her, pregnant with her 1st child and handed her pieces. She bound it in pink because she was hoping for a girl.
The quilt is over 40 years old. Sandie owns the treadle machine it was made on. 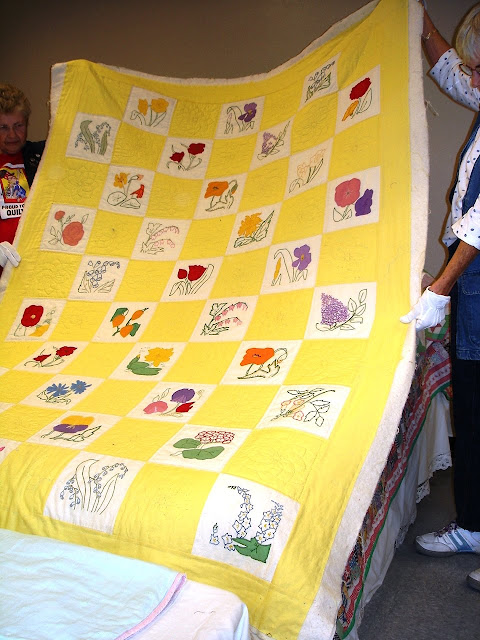 This quilt began its life in Arkansas in the 1930's. Gwen Christiansen inherited it in 2008. The embroidered blocks are finely hand stitched on feed sack muslin. However they had not been squared and were put together with yellow depression era fabric, a very loosely woven fabric which is one step above gauze. There was no quilting and a yellow gathered skirt was added to make it a double sized bed spread.
After much thought Gwen decided to take it apart, square up the blocks and use the yellow skirting to make borders and blocks. She hand quilted around the flower blocks and is hand quilting a dahlia design in each yellow square. Gwen believes the embroidered blocks were first published in the midwest publications in 1930. They began as embroidery only. Then a little applique was added. In 1977, Ruby S McKim published them as all applique squares. 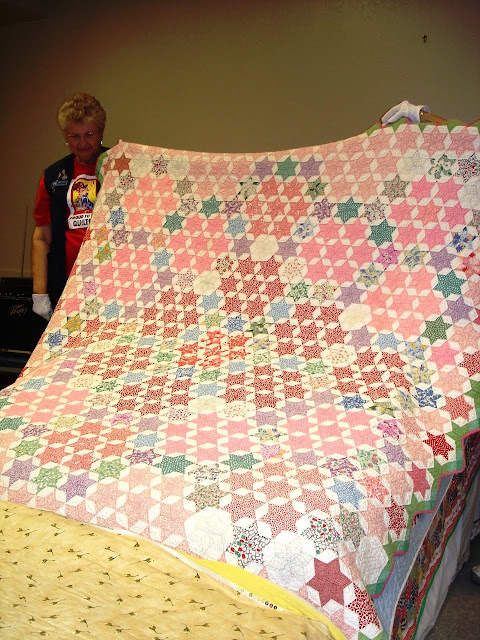 Betty Ray found this quilt at a yard sale. She spotted the quilt and it seemed to talk to her. The lady having the sale was older than herself so she asked her if she had made it. She replied, "No, probably my                 grandmother. No one in the family wants the OLD THING so I decided to sell it!"
Betty paid $60 for it!
It has since been appraised for $600.
The quilt is hand pieced and was made in the early 30's. The pattern is Seven Sisters. 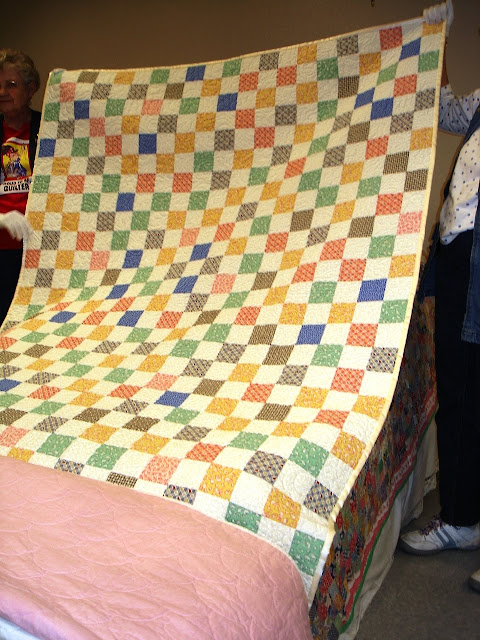 The fabrics on this quilt are prints from chicken feed sacks back in the 20's and 30's. They all have baby chicks on them and even the quilting is done in baby chicks. It belongs to Mary Byers. Her mother-in-law grew up on a farm in Mendon, Illinois and acquired these fabrics from her mother's stash. She never did anything with them until after her mother's death. She then gave them to Mary who was her only daughter-in-law.
Mary finally put them into a quilt last year. 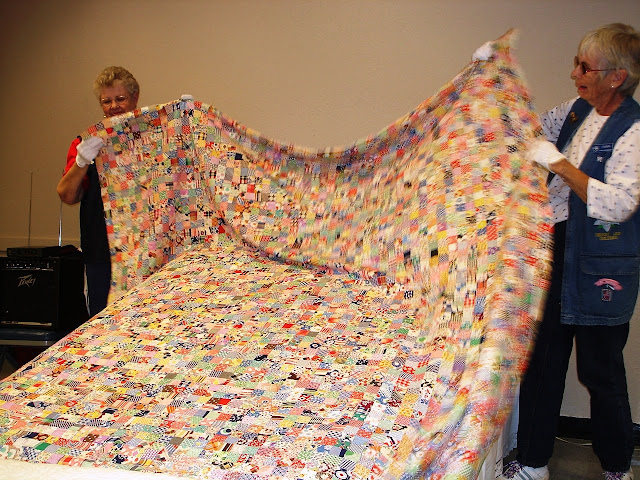 I wish my picture would have turned out better, but oh well. I can't not put this one in.
Iris Shaffer's daughter found this old quilt top in an estate sale in Portland Oregon. Some people call this the postage stamp pattern.
There is no history for this quilt, but someone spent many hours and days cutting and piecing it by hand. The fabrics are at least in the 30's or older.
The pieces are 1 1/4" square with 1/8" - 1/4" seams. All of the corners match perfectly. Seeing there were no rotarty cutters in those days this is really an amazing piece.
It has 60 squares X 65 blocks, totalling 3,900 cut squares. It is a queen size measuring 82 X 88.
Wow ladies, what an inspiration. We must get out our hand projects and take them everywhere with us. Little by little, square by square, hexagon by hexagon, we too can have our own master piece made with our own hands!
My hubby has just pulled up to the house with the trailer all loaded and is ready to head out to a Quilt, and Sewing Expo in San Mateo,  California so I am going to have to run. I will bring you more of this Bed Turning when I get back from the show. Until then.....Happy Sewing!!!
Posted by John'aLee at 8:40 AM 11 comments:

Have you all ever been to a "Bed Turning"? 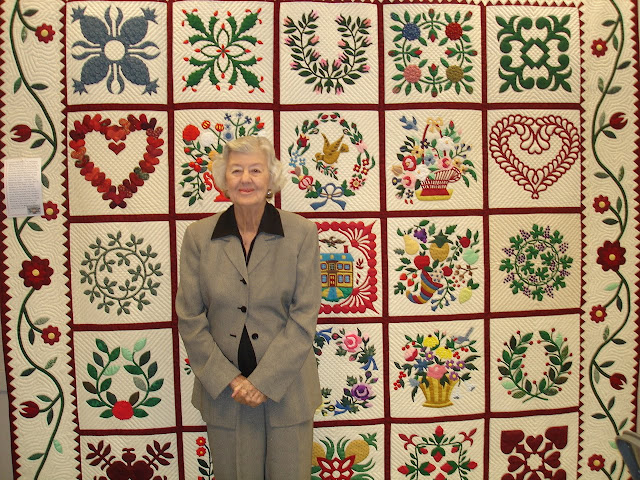 If not, I am bringing one to you from Yuma Arizona where we did a show in January. We love those gals down there!!

A Bed Turning is usually found at a local guild show. There is a bed with a pile of quilts on it, and as each one is held up and shown, one of the guild members tells the story behind it. For a lover of quilts it is worth that alone going to a quilt show for.  The history and stories are heart endearing.

This lady is Lovabel Rice. And oh how lovable she is!! She is 92 years young and quite a force to be reckoned with. I felt honored to have met her and to hear of her quilts. Her quilts were hanging in the bed turning room. This one is her favorite and is all hand appliqued.

She started quilting when she was 16. She went to Woolworths and bought her first block for 10cents. The blocks had both hand embroidery and hand applique. After she finished all of her blocks her grandmother hand quilted it for her adding sashing. The quilt is below: 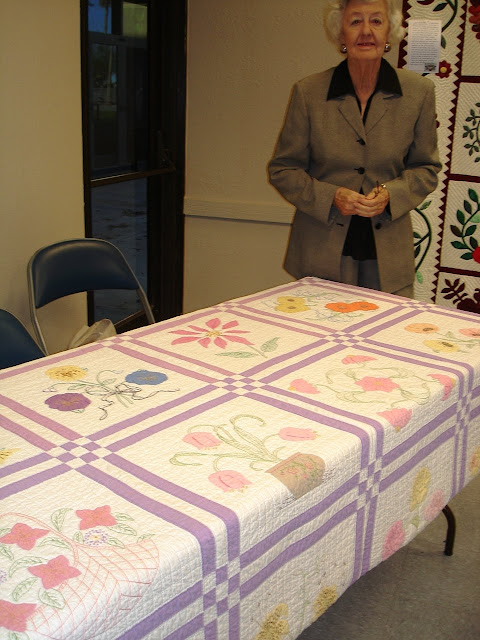 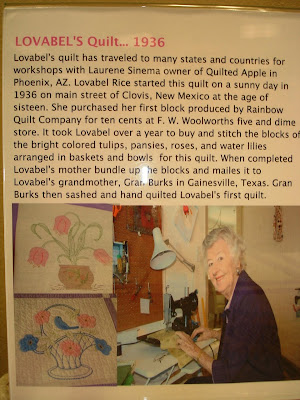 Here's another one of her magnificient hand appliqued quilts: 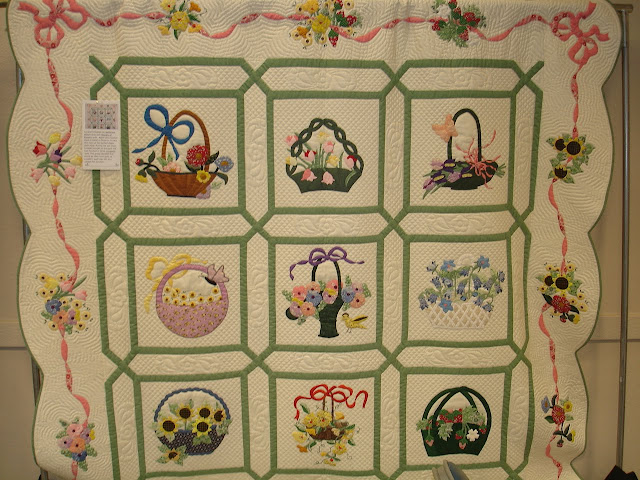 These patterns are usually done with raw edge machine applique but Lovabel did it mostly by hand applique. An amazing feat when you see the work close up and how tiny some of the pieces are. 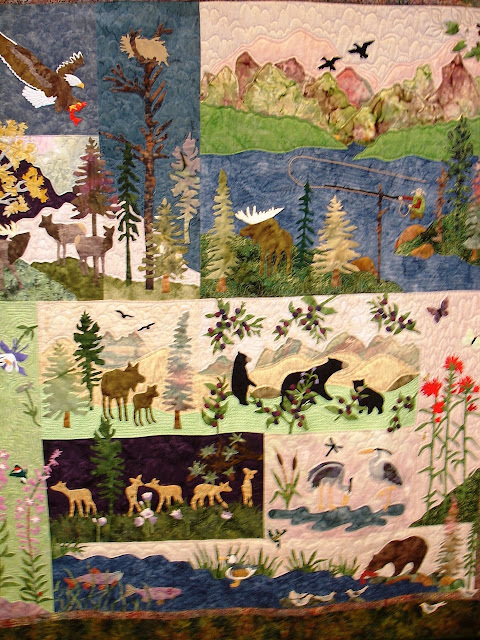 The second morning of the show, I was in the bed turning room at 9 0'clock sharp determined to meet this fine young lady. She was only going to be there for a little while. As I stuck out my hand to shake hers, I was shocked at her strong and confident hand shake. And after talking to her found out her only health problems were that she was hard of hearing and she was on blood pressure medicine. That was it. Oh to be as productive and active like her at her age. I hope I am sitting around working on quilts when I am at the tender age of 92 with grand children and hopefully great grandchildren around, patiently passing on this wonderful medium for story telling to future generations.

Speaking of bed turning, I am going to go in and turn in to my own bed, and bring the rest of this story to you in the morning!
Posted by John'aLee at 9:39 PM 1 comment: 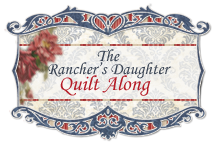 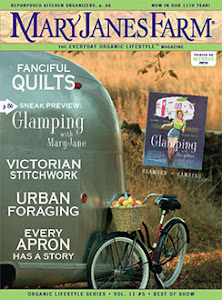 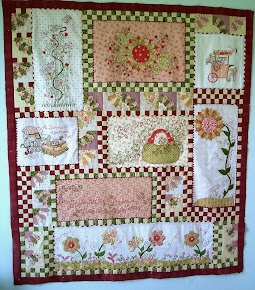 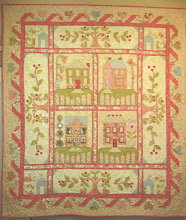 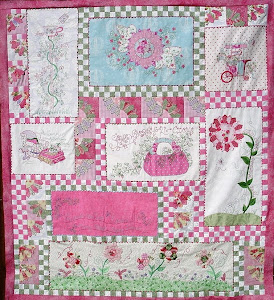 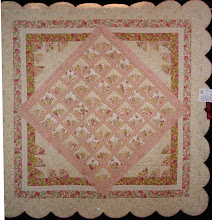 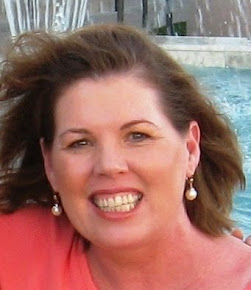 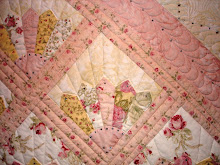 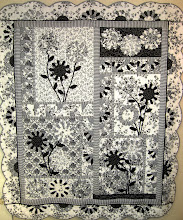